You are here: Home / Events Archive / Character, Capitalism and Catastrophe

‘Why can’t we all just be nice and get along?’ feels like a quaint and faintly absurd response to the political storms we are living in. But in this new series of talks, Elie Jesner will be exploring the wisdom of this suggestion, arguing that at least one aspect of a response has to involve looking at ‘character’ in the old fashioned sense. This is a vital part of the conditions required for civility and democracy, of the mindset necessary for a fair and just economic system.

We can no longer take things for granted, politics is no longer about tweaking around the edges and it suddenly seems as if the whole fabric of society is at risk of tearing irreparably. Finding a language and narrative with which to talk about the possibilities and expectations of human behaviour is an urgent and important task, and it is one which religion should be able to contribute towards.

At the very least, energy and effort invested in improving our character, in thinking about virtue, tend not be wasted. At their best, such efforts can really transform a society, both through example and encouragement. Gandhi had such a thing in mind when he urged people ‘to be the change that you wish to see in the world.’

“We value virtue but do not discuss it. The honest bookkeeper, the faithful wife, the earnest scholar get little of our attention compared to the embezzler, the tramp, the cheat.”
– John Steinbeck

The first installment of the Honest Theology Project looked at some of the key theological and philosophical challenges to the religious individual. In this second series of lectures the focus will shift inwards, towards the ways in which honest thinking can help develop character, catalyse virtue and lead us towards a life of healthy and balanced flourishing.

Whether we are concerned with mental health, civic society or religious growth, there is much to be gained from exploring the somewhat unfashionable territory of virtue. But virtue can be a bit dry, and a fleshier and more engaging approach is to look at sin, and in particular at the Seven Deadly Sins – namely Anger, Greed, Sloth, Pride, Lust, Envy, And Gluttony.

Seeing these not as sins against God, but as a betrayal of ourselves, can liberate the dormant wisdom and forgotten insight that has accumulated around them over the years. 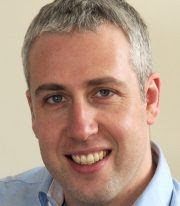 Elie Jesner is a psychoanalytic psychotherapist, educator and writer. His work and research combine the three worlds of philosophy, psychoanalysis and Judaism. This is reflected in his education – three years at Yeshivat Har Etzion, MAs in Philosophy from Cambridge and Warwick University, 6 years psychoanalytic training at the Philadelphia Association. He has also worked in finance for 10 years.

He has established two pioneering projects in London, the JCoSS Pluralist Bet Midrash, and the Honest Theology Project. He has also recently been appointed as a Research Fellow at Leo Baeck College. In addition to this he is currently studying for Semikha with Rav Herzl Hefter at Bet Midrash Harel in Jerusalem.

His writings appearing regularly in Ha’aretz and elsewhere, he is working on two book length manuscripts with a view to publishing them soon.